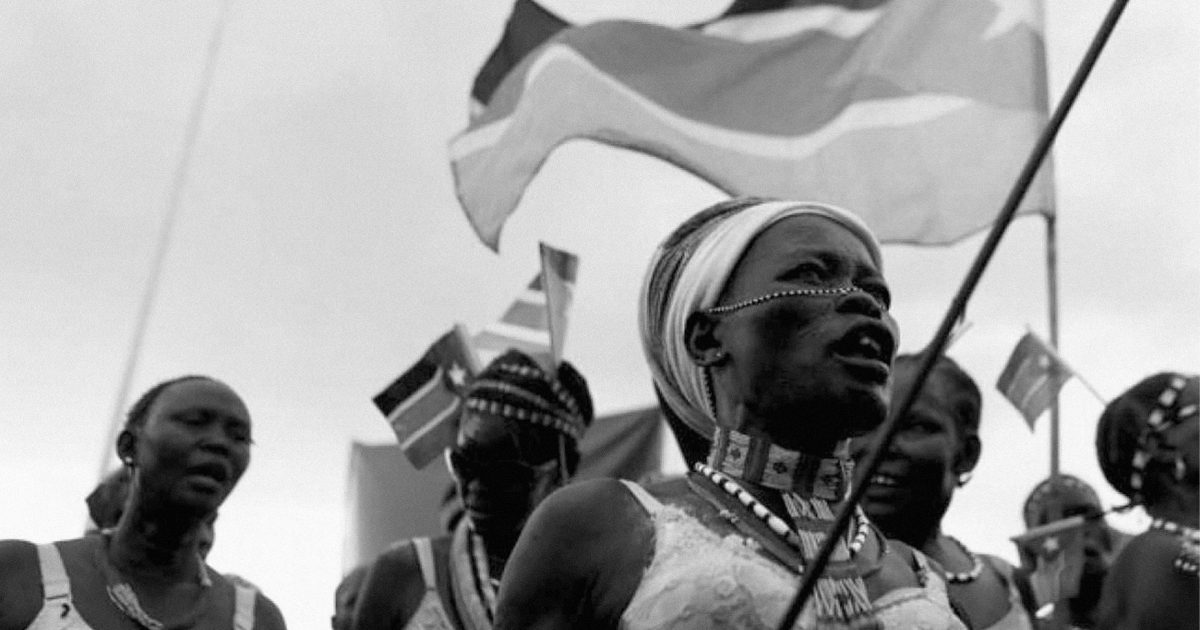 The following essay seeks to yield another reading of the topic of identification of origin – an issue that is currently a matter of discussion all over the world- by taking it further than the economic sphere.

Firstly, and in relation to the title of this article: what is the difference between a country and a nation? From an etymological point of view, it might simply be a debate concerning form, where the neutral idea of countries as cartographic spaces inhabited by certain people or groups of people is separated from the concept of a nation, the latter being one’s own place of birth or adoption.

However, this slight difference is what relates the idea of nation with feelings of belonging and of a common sense, recalling learned stories and constructed stories together with individual ways of seeing and feeling collectively. It is from that difference that identity can be re-thought.

It is well known that the present context in which countries are immersed makes every nation give symbolic visibility and clarification to the exchange contents they offer, enabling them to successfully interact within the global scenario. The symbolic value of the representation of origin, then, becomes part of the strategic resources of national economies and policies. The productive sectors, the tourism supply, the investment incentives and the credibility of domestic policy within the international scenario articulate themselves in the same cause.

Who needs to have a brand?

Thus, those who have the legitimate need to internationally validate the positive aspects of the origin of their production and supply may initially be found among the ones who want to find a brand of reference. Businessmen from the export trade and the tourist services are commonly detected within this group, since it is both fair and understandable that they foster the issue as seekers of new markets and horizons.

Furthermore, the national public sectors feel the logical political and operational need to join efforts and resources in order to frame the private sector and the social, political and economical organisations within an appropriate policy projected by all of their members. Besides, the Nation States have the legitimate right to be the spokespeople of the national interest inside and outside the boundaries of the country. Government also needs branding.

But, in another respect, since there is no identity without material references, the national idea or the idea of the nation setting will be comprised of both the natural and cultural aspects of each country in only one representation; it will comprise multiple collective identities in a single representation, and reflect some elements of contact between them. In other words, that representation might well be seen as part of the resources that make the social bond linking all the members of any nation at a certain moment in history become visible.

Going deeper, if collective identity is understood as being intermingled discourses that are assumed as belonging to each of us, and if individual identity is taken as a set of identifications, we are likely to find that those discourses that people identify with are the ones that structure their identities in general terms, and their national identity in this particular case.

Consequently, no matter what the causes that give rise to the fiction guiding the national identity in each context are, and what the discourses emitted by the representatives are, it should be recognized that this collective identity affects the parameters of the individual identity of those citizens inhabiting that nation at the present moment as well as the matrix where the new generations will develop. Just see the nationalisation mechanics exerted by images at school in nations as distant from each other as England, China or Uruguay to try to understand this process. Consequently, present and future citizens will also need brands.

What brands, images and discourses and what identities?

The relation between image and identity can be thought of as a dynamic process that leads to the closure or structuring of totalities such as people’s, organisations’, companies’, or objects’ identities. It is an automatic process of confrontation between the images that start to be taken as one’s own, and the rest of the existing images, identities and concepts. It constitutes a dynamic struggle that is not naive at all, and which unveils ideas, values, beliefs and interests. It is within this struggle – and such as Foucault states it – that the image’s design or production becomes powerful when entering the domain of other discources.

It is within those discourses represented by the image where the synthetic form of one or more myths is activated; the myth being understood as the story or tale that is naturally believed to represent its bearer. In this case, the message offered by the country’s myth creates the expectation of a series of hypothetical answers to which the owner of the myth is awoken when a relation between them is established. As a matter of fact, myths spread information about what a country and its people can or cannot offer, and they make us decide whether or not to be on the defensive, depending on which country the person we are talking to comes from, like in this case when the reader is in front of something written by an Argentinian.

Consequently, the entity in charge of a nation’s image will suture a sense that will speak in the name of everybody, but always using a single voice. That entity will deliberately project myths from the image that is validated as a brand, from its metaphor, from the act of showing actions and choices, a presence or an absence, from the possible act of appealing to individuals as subjects of that reference. That voice will, in part, affect what the person – as long as he or she is defined as having that origin – will believe and value in his or her environment and in his or her relation with others, as an expanded identity.

In this sense, when speaking in the name of a nation, there would be different options. The country could be projected as a stage with no actors or actresses. This might involve simply having to be either the person in charge of maintenance of the theatre or the one who turns the lights on and off.

On the other hand, the country can be projected as a music box, always repeating the same dancing tune or depicting the same characters (Samba music or Tango, Mariachis or Cossacks). This might freeze history or a repetitive joke, implying a simple anchorage of the idea of a country into being just a reflex of historical stereotypes defined by the world as typical of the inhabitants of each region. Then, one can become the image of a mirror reflecting what the rest supposedly want or understand from us.

Furthermore, a country could also be projected from a company or from an economy sector. This would tie the country’s fortune to that business in particular. In fact, Finland’s image of a country has been associated with Nokia, with the consequent direct association that a crisis in the company (something likely happen to any company) would lead to a crisis in Finland. However, it would seem that brands and identities are not the only ideal suits to be worn at a party you have not been invited to. Because, as Kant said, existence is not a predicate.

Nevertheless, among other possibilities, you may want to try to define the idea of a Nation in relation to the topic, and then, like in all definitions, try and take sides. Particularly, one side is not to see the nation as a stony whole, but rather as a set of fragments and relations. The nation is thus defined as the articulation of ventures taken in their broadest sense – those taken as one’s own, along with those taken with consideration of expectations and shared realities. Markets change and products change, but the people inhabiting each and every spot of the Earth – no matter what names they have – basically remain in their places.

We are, at present, facing the possibility of using the power of images for the nation’s projection. Meaning and sense can be set as objectives by diversifying or modifying myths, prejudices, exportable supply and the information about a nation, and by making the external (and internal) perception a topic to construct integrating views.

Positive self-awareness has to be fostered on the part of the citizens from all nations. That self-awareness should in itself stimulate collective reflection regarding what binds them together, what they want to be, and of what each citizen can do for the rest, without having to resort to any magical potions.

In terms of the material aspect of the matter, the resources the inhabitants have should not promote a single production sector or area in the nation, since it will be the citizens themselves who will principally spend money on the expansion of these brands as well as spread or use institutional merchandising or positive replication in the treatment they give each other.

To conclude, it can be thought that the challenge of constructing a brand of origin is bigger than what it may seem at first sight. It can consequently be found that branding not only concerns itself with certain businesses or the search for market niches, nor exclusively with foreign exchange requirements. It does not simply have to do with others but rather with the self; not only with the identity and the sense of community existence which every nation as a whole has in terms of defining its internal and external needs, but with the individual and collective dreams of the people.

It must be concluded that those who use images do not have the choice of silence. Representation can be inclusive or exclusive, but it will have to be something by action or by omission.

With all that in mind, it can be concluded that in order to reach the expected result, intelligence, strategy and expertise will be needed, as well as a significant commitment to the complex needs that intermingle in every particular idea of the nation.