Andante Records is a record label and production studio based in Dubai, The United Arab Emirates, and run by the professional musician Sami Yusuf. Based on the visual strategy I developed, the brand proposal for Andante had to serve two main functions. The first was to communicate the literal sense of the latin world ‘Andante’, which is the idea of someone who advances and symbolizes music; I had to do this without diminishing the fact that Andante is a company of Arabic origins. The second was to create a brand with symbolic integration between the Western and Islamic worlds; meaning, that the Andante brand had to evoke cultural references from both sides of the globe simultaneously.

Keeping this in mind, I developed an image that would include the word ‘Andante’ with Latin-styled lettering, and by replacing the center of the uppercase letter with a rather ambiguous figure, I managed to achieve the visual duality I was after–the figure appears to be a person walking, while at the same time, it is the Arabic letter ‘Alif’. This symbol, which appears to be the Latin letter ‘A’, contains an accent alluding to the form of a human head (Alif with the grefema hamzah hovering above). This letter has a significant importance in the Islamic culture, while phonetically, in Arabic, its sound is linked with the latin word ‘Andante’. 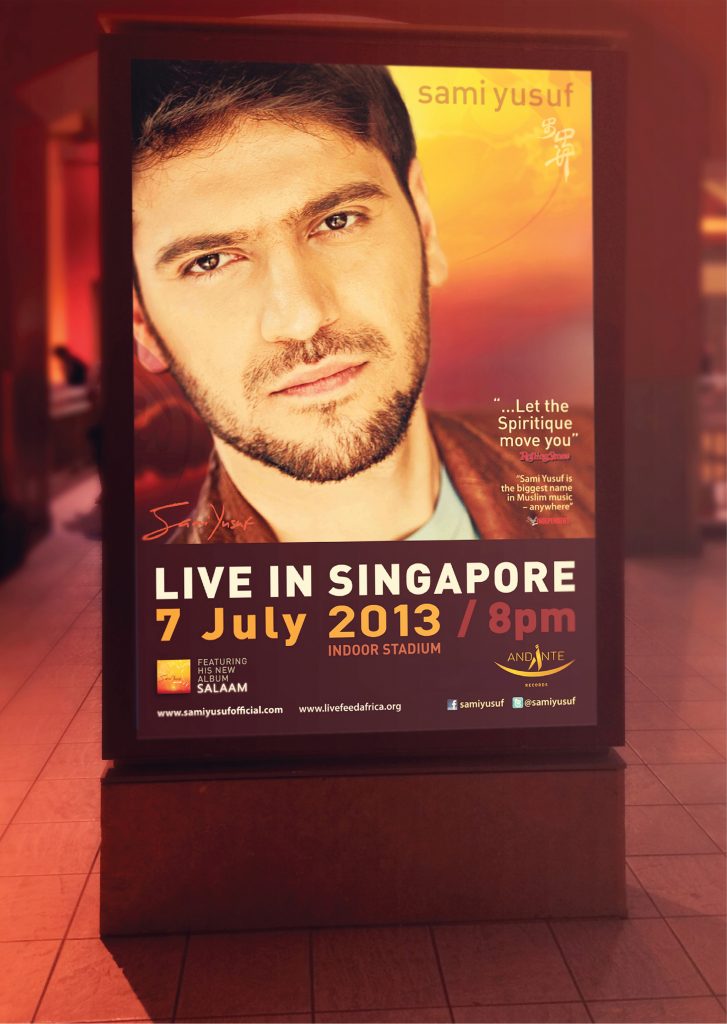 In order to achieve this of level of visual symbolic complexity I had to first learn something about the Islamic culture and its calligraphy. Due to my painstaking research and studies, the final result would be free of potential contradictions when under scrutiny by third party interpreters; thus keeping the brand’s communication strategy untarnished. As part of my research, I took private classes in Barcelona with the best specialist in Arabic calligraphy I could find, who at the same time, served as my official evaluator and critic of all potential branding ideas. Meaning, he would translate all the possible interpretations that my designs could evoke within the public of Muslim faith, and keep me from making any irreparable mistakes.