The Argentine Museum of Natural Sciences

In order to improve the communication strategy for the Argentine Museum of Natural Sciences of Buenos Aires, I had to organize and systematize the image it was projecting. One of the elements I created to accomplish this goal was a symbol designed strategically to attract children and their families–since the dinosaur exhibit was the most popular collection in the entire Museum.

On the other hand, to strike a balance with the other specialties of the museum (who did not find it fitting that the dinosaur exhibit would represent the image of the entire institution); and whatsmore, to promote the museum’s other collections, I decided upon the construction of a mosaic–portraying all of them–through a series of adornments that decorated the building from the ground up.  Based on the mural, I later developed a decorative border–a frieze using the visual messages as a foundation. This frieze was an infinite and continuous mosaic, not unlike the kind applied to museum walls. Moreover, it could be magnified when necessary to highlight each part, thus leveraged to work as a signage system when and if necessary. The result was one cohesive visual language, made up of both the interior and exterior, the specific and nonspecific–all able to serve the institution’s various communications needs. 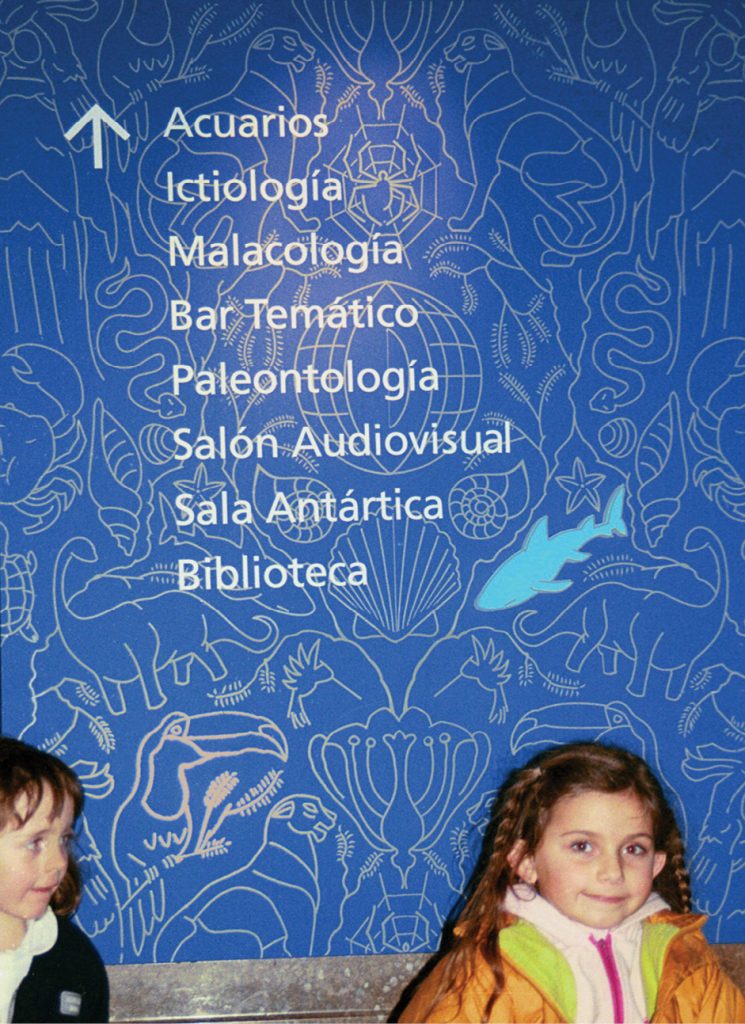