Latina Honey is the denomination of origin for Fairtrade certified honeys from Latin America. It is a brand that shows the specific virtues and values of the best honeys from a unique geographical and cultural area.

The main challenge that was found was to brand the honeys in such a way that they are unique and attractive, different from honeys from other regions. At the same time, it was also challenging to come up with two words to summarize the phrase “Fairtrade Honeys from Latin America”.

The brand of the campaign is an advertisement in itself, since its image portrays the green world linked to bees and honey for anyone who sees it, without distinction of the spectator’s culture of origin.

The text, the word Latina Honey, defines the denomination of origin as it is only a product of our region. The letters of the identity are friendly, lowercase and specially drawn with a brush, using honey as ink. 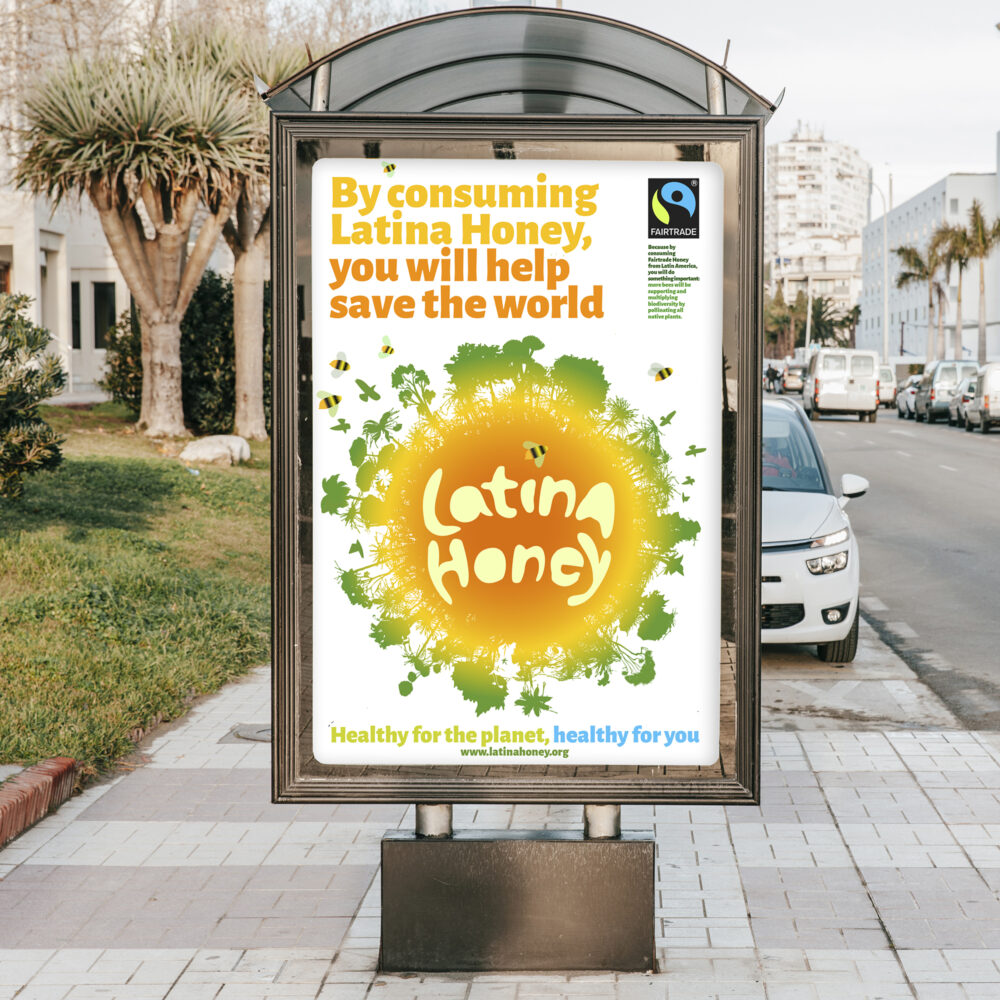 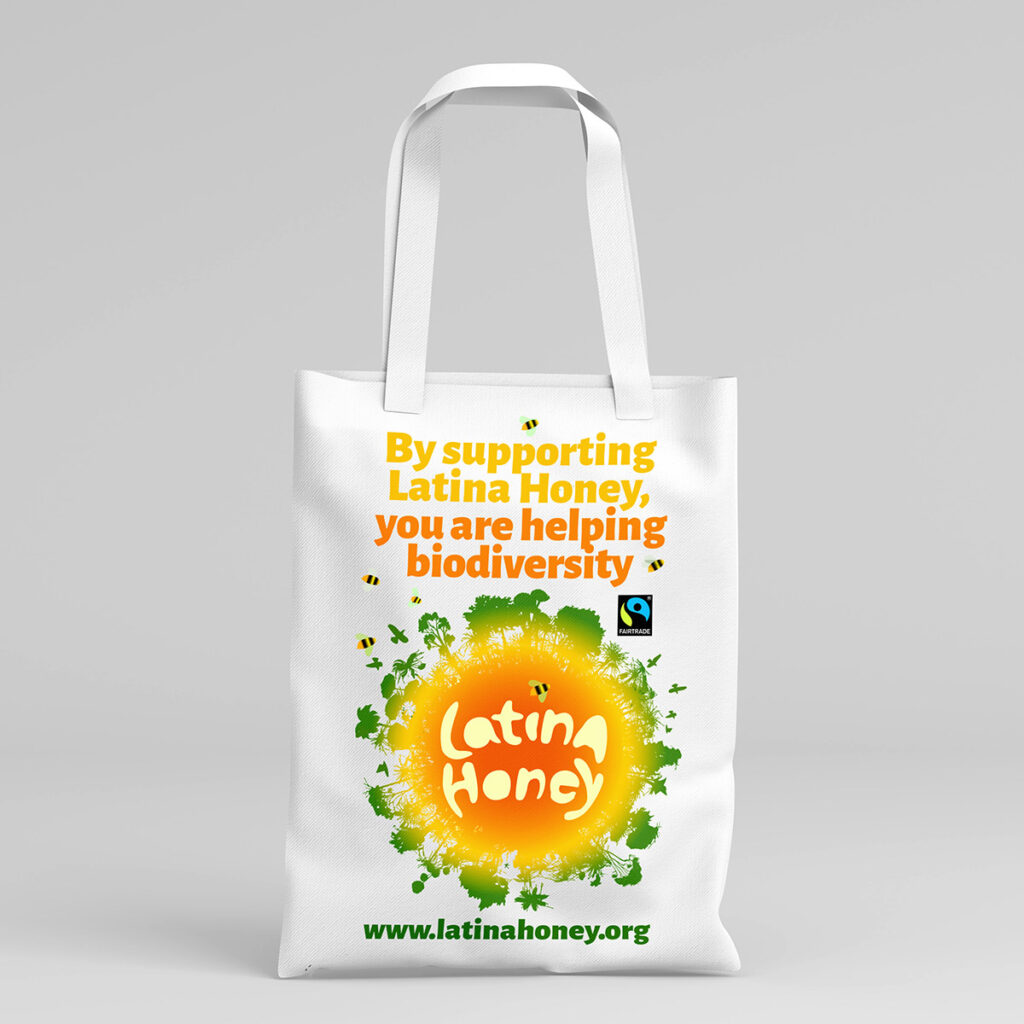 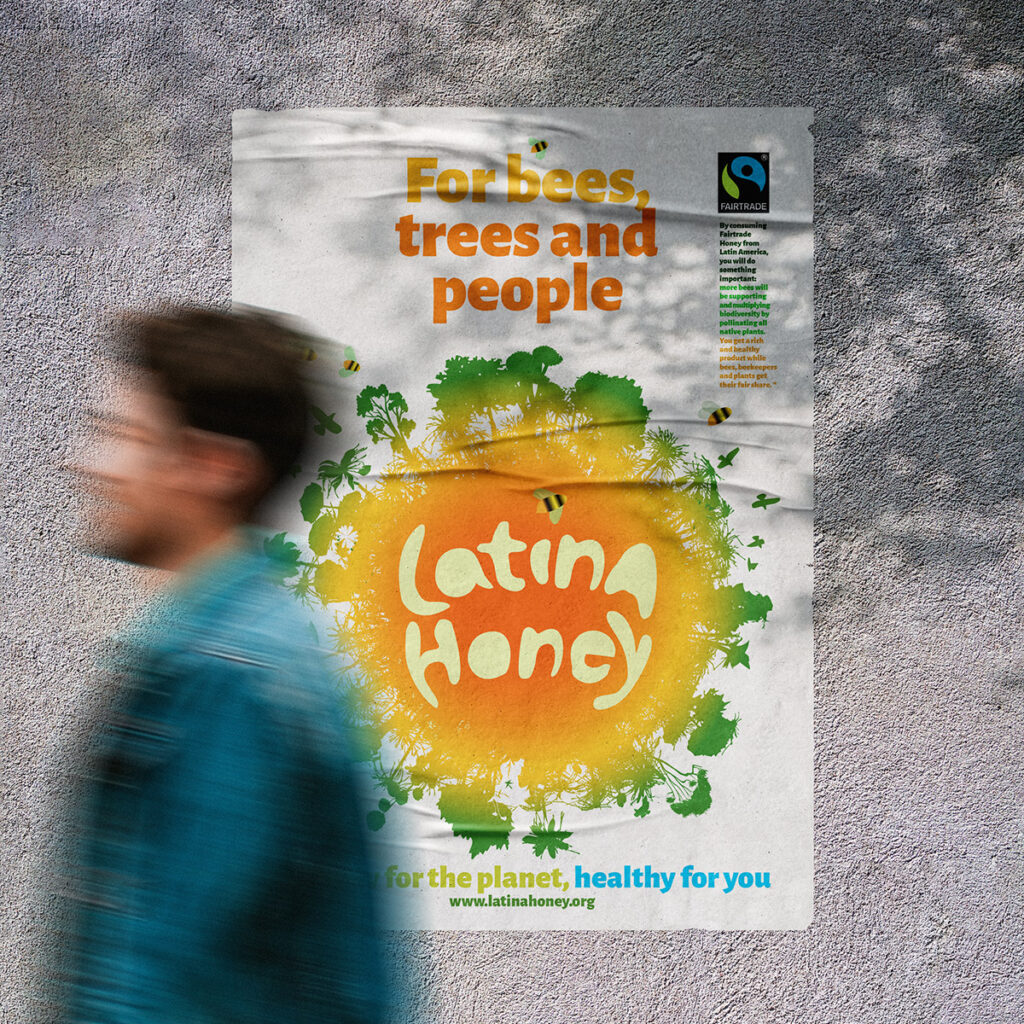