The visual identity for Movimiento Argentino para la Producción Orgánica (MAPO)–which stands for “The Argentine Movement for Organic Production”–was inspired by its name and a texture designed to add a dynamic element to the organization’s messaging. In order to respect the original image of the movement, the symbol of the sun was chosen to represent MAPO; however, this time around the addition of various colors and forms lead to a new way of seeing it: as a flower bursting with life. A decorative border was also created to compliment the brand. This new visual asset contained a series of figures narrating idyllic, harmonious relationships between people, animals, vegetables, the environment and production, expanding in what appears to an endless mosaic–a mosaic that depicts mutual respect amongst all its components. Each shape of the mosaic was designed as a combination of seed and leaf forms, thus helping to express the subject matter while at the same time achieving greater visual harmony.

The decorative border is perhaps the most interesting thing about the brand design because it represents the philosophy of the organization, and because its parts work well holistically as well as on an individual level. The vibrant pattern invites those who see it into a world of interconnected symbols–a kind of representation of organic life that the MAPO organization stands for on every level. 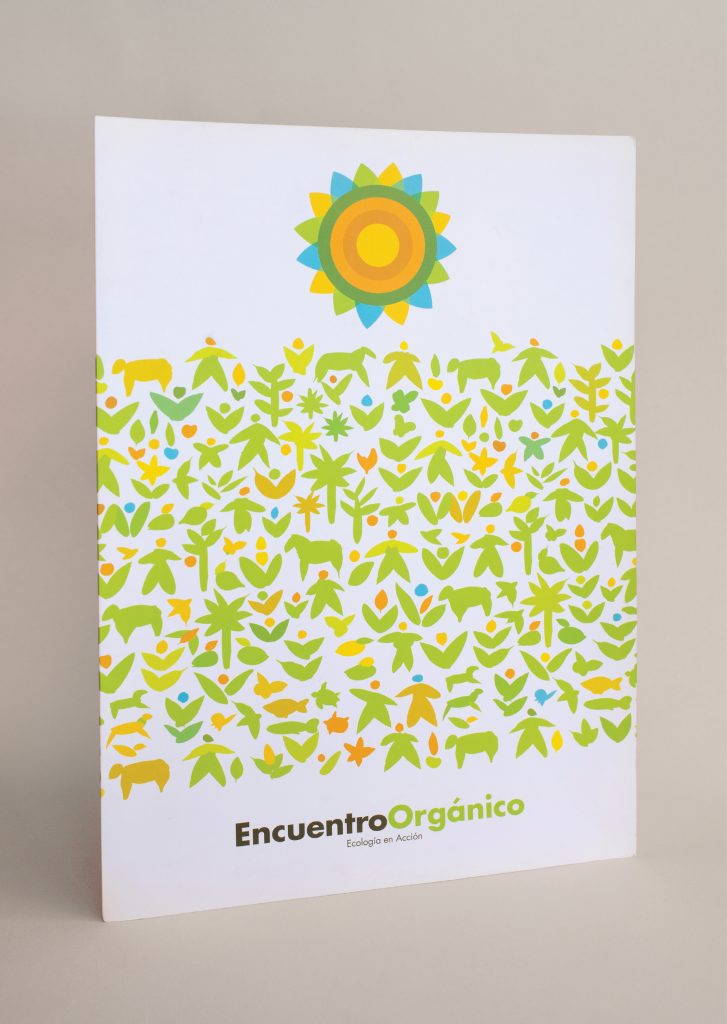