Mothership is a factory in Barcelona, specializing in pre-industrial construction with a system capable of exporting products (from apartments and infrastructures in general) worldwide. The creative concept: “groundless Architecture,” was established at the start of the communication strategy, and it was from this idea that I later created the company’s brand.  The brand was based on a diagrammatic symbol, which explains (without any need for expert knowledge) a synthesis of the company’s construction model, portraying what happens both inside and outside of the production hangar–the place where they construct what will later be transported.  Thus, from an abstract point of view, the brand shows the idea of ​​being in uterus–where the ‘M’ grows protected, and then after birth, the product is placed next to its mother. In parallel, this figure creates the acronym ‘Mo’, serving as a visual reference to the name Mothership. 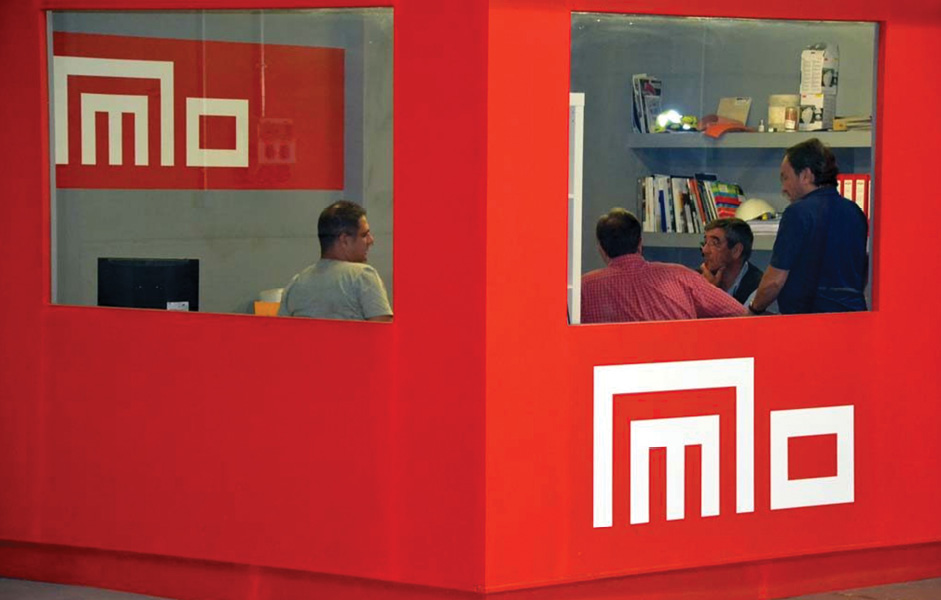 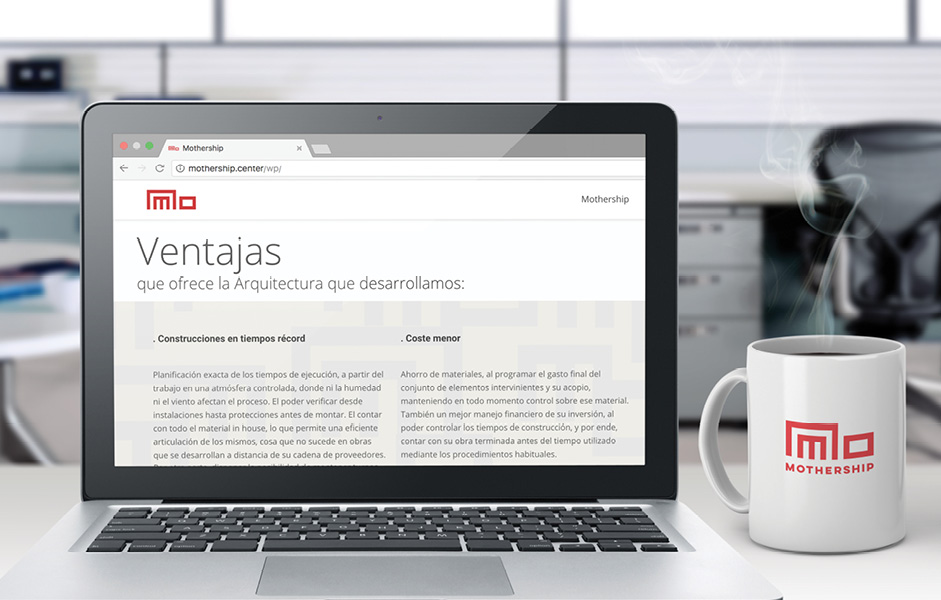