In response to an opencall for designers, I created a poster that was later exhibited in Europe, Asia and the United States. The stark design was done with one hand, a few drops, and the image of a woman’s silhouette. The result was a powerful visual statement in response to an extremely difficult subject matter. It’s a design that captures the onlookers attention and stirs emotions. The campaign’s slogan ‘Never Ever’ brings the visual message to the next level of commitment–there is no excuse for violence against women, ever. This visual discourse against violence deals with the representation of the lives of women subjected to such violence. The poster’s image rattles the conscience of the passerbyer, and forces the onlooker to recognize the underlying agenda: that there is a history and consequences to any violent act against any woman.

In regards to the photo, I dipped my own hand in a sauce (made to resemble blood) and took the photo–the observer thus arrives at a fortuitous discovery: finding something that he/she did not expect. Furthermore, the fact that it was a photograph and not something drawn or painted added a layer of credibility to the image, it gave it the benefit of the doubt. The reproduction of the act proves it happened. That it was there. The blood could have easily been real–thus reestablishing the reality of such acts with more value and validity. 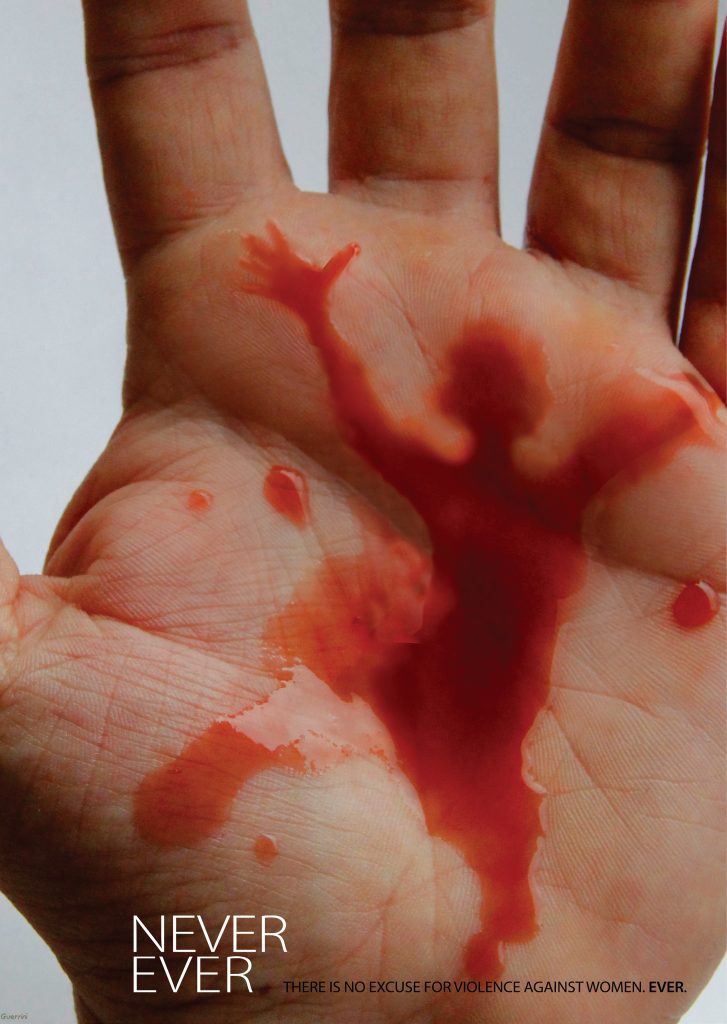