The Barcelona-based environmental consultancy society Societat Orgànica came to us with a visual communications project to spearhead their promotion of sustainability in construction. The company wanted a brand that would gain recognition for their mission to increase the use of organic and renewable materials in construction, while also improving market share within that sector. 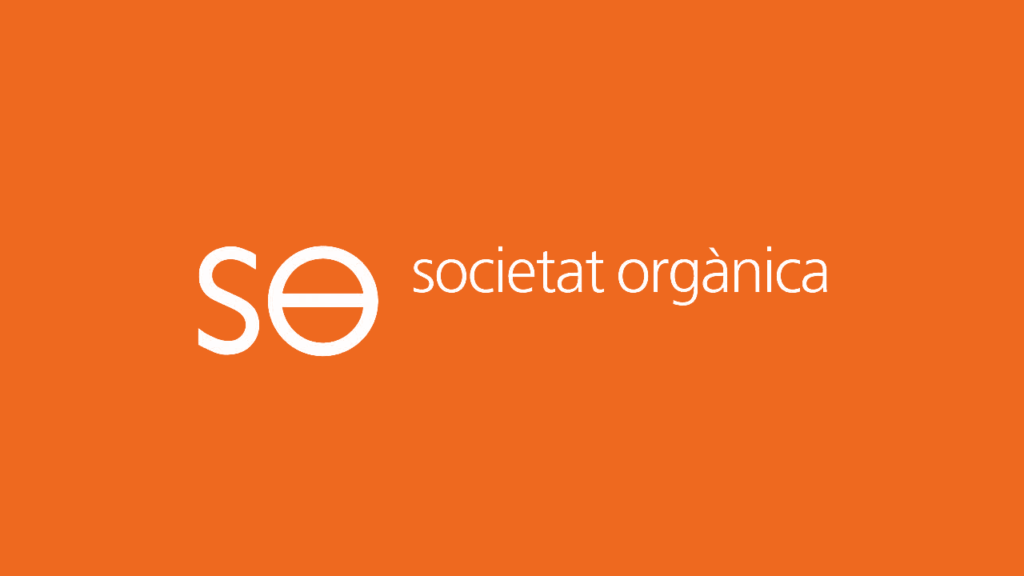 In order to design the brand of Societat Orgànica, the organization was first investigated in depth. From its vision of environmental issues and the specifics of construction, to its growth strategy as a company; from its reality and its potential to its aims as a group of professionals dreaming of a better future.

Images were uncovered relating to SO’s actions toward creating a unique message, distinct from its competition but integrated with the philosophy of the sector.

Aligning this material with existing and outstanding attributes from their market reality, an image was interpreted and suggested that helped capture a scene from the life of SO. This allowed for the creation and definition of a consensus regarding their position, understood by all to be optimal for the study.

Subsequently, four brand options were presented, all expressing this position, but narrating distinct ideas through their visual identity. One of them formed the parallelism that can be seen between organic plant growth and ideal urban planification. This was materialized in the shape of the veins of a leaf that resemble the plan of a group of houses. Of the four, it was this proposal that was the selected.

Consequently, the institutional color was adjusted, the brand was programmed onto the web to give it life and interactivity, and the implementation of the identity was applied to stationery, brochures and other promotional material. 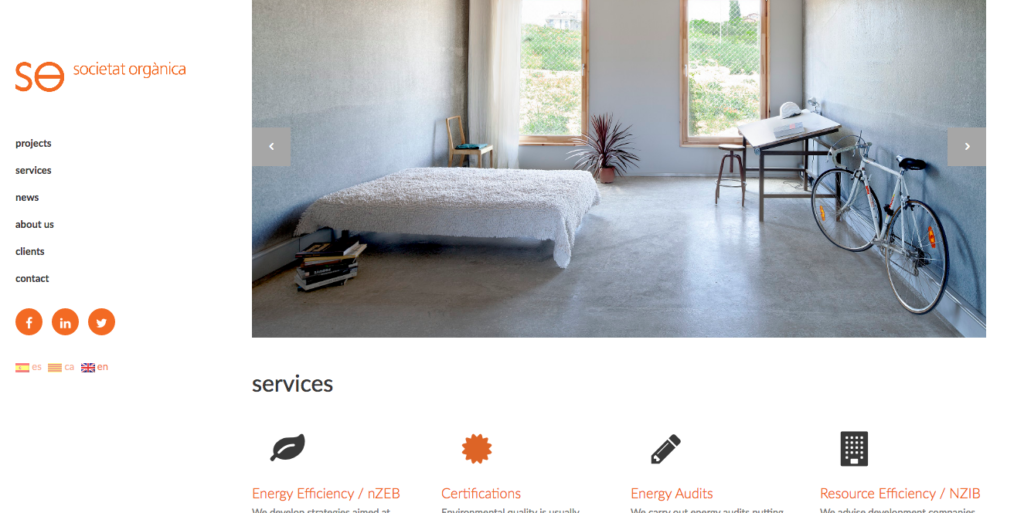 As a result of the work done by Guerrini Island, SO was able to improve their market presence and gain new clients, not only in Spain, but also, through its newly designed site, worldwide. Also, in collaboration with Guerrini Island and related companies, SO was able to launch Ecomaterial, a book and exhibition used to promote sustainable construction methods to global clientele. Today, SO is considered a leading architectural firm and environmental consultancy society with growing sales and increased annual profits.

“Sebastian Guerrini is one of those few designers who can combine image with content, as well as form with meaning.

At a time when most design is reduced to a mere visual resource whose function is just to attract, to be able to count on someone who understands who you are, what you propose, how you imagine yourself, your ideas and your business, is not only good, but indispensable.”