La Fundación Spiritique (The Spiritique Foundation) is an initiative of the singer Sami Yusuf.  Sufi-based, the foundation sponsors and supports projects and initiatives based on faith and the relationships between different religions. The group aims to foster discussions and friendships amongst the world’s major religions through artistic, intellectual and/or academic iniciatives. The momentum behind the group’s mission stems from the belief that the world’s great religions teach us that there is a spiritual and harmonious message which has the potential to make the world a more beautiful place, and create peace among its people.

The brand that was designed for the Spiritique Foundation symbolizes this quest–serving as a kind of mandala, a luminous path to a spiritual center, a visual journey of transformation. To achieve the desired graphic result, a carefully balanced search was carried out to avoid using any forms or visual structures that could be potentially associated with any specific religion. In other words, the new visual identity had to pass through a sort of non-secular filter to assure a clear and intentional message.  It was interesting to note that if the lines were orthogonally supported then the association to Catholic iconography was very strong; however, move a line by just five degrees and the secular test neutralized that connection. By avoiding such non-secular connections, an amplitude of meanings opened before us. 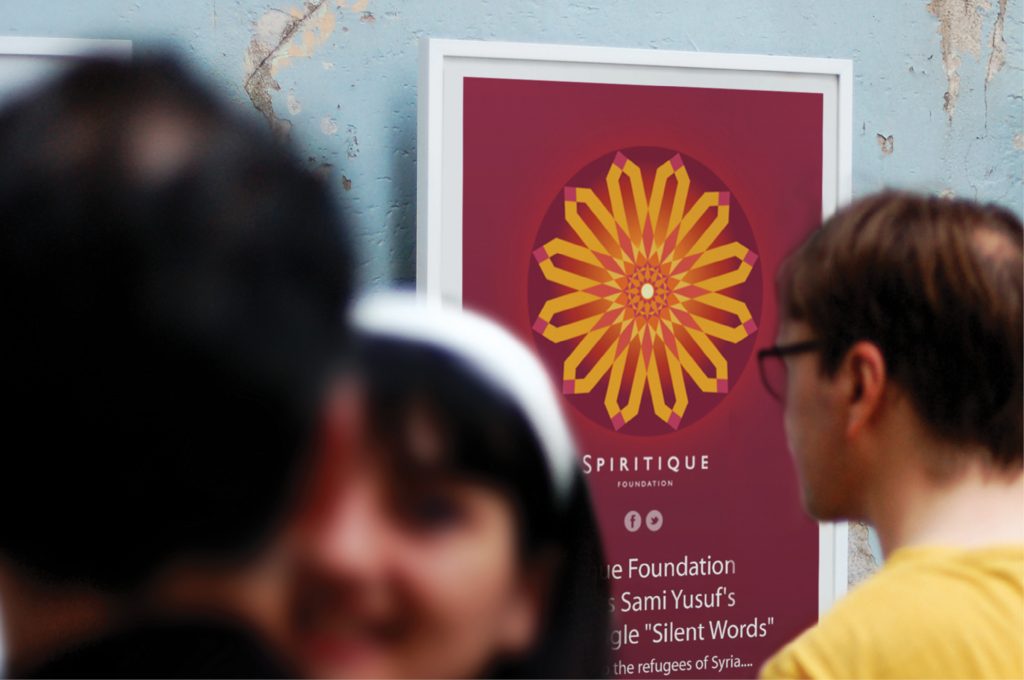