The International Festival of Buenos Aires is an important event that unites tens of thousands of theater and performing arts enthusiasts. The event is organized by the Buenos Aires’ city government. Since its beginnings, the festival’s image changed in relation to each year’s specific program of events and performers. In 2009, when the festival opened its doors to other Latin American, African, and Asian countries, the committee commissioned me to work on its new identity.

To build the brand, I suggested that the image be a work of art in and of itself–something attractive and entertaining to the onlooker–enticing to all those who might be interested in its offerings. What’s more, the visual identity of the festival would tell a story, and it would do so from wherever or however it was applied: from walls, posters, and other promotionals materials, much like an actor or actress does. The design includes four specific references: the acronym FIBA, the notion of a glance, a varied color palette, and some complementary institutional characteristics. All of which, together, form a strong identity for the festival–one which is diverse, active, theatrical, fresh, and locally significant. The acronym alone functions as a brand within itself, and contains the base for the future image and publicity for the event, principally referring to the form BA – from Buenos Aires- that glances at the grand spectacle. This gesture of a glance when used within this graphical context, is that which links the FIBA with the activity of the performing arts–an artform known for its plethora of colors and personification of the glancing eyes–taken from the theatrical masks of the genre. The masks represent the materialization of the expression of a glance, put into gestures and movements. The eyes of the glance are also the acronym BA, thus integrating the same visual language into the acronym. These masks establish the cultural personality of the festival, as their image is linked directly to the Pre-Inca paintings (“lloronas” from North Argentina), as with “Third World” gestures and expressions–the overall feeling they project. These images vastly increase the types of expressions and different properties of the festival, granting it a grander and more compassionate personality. 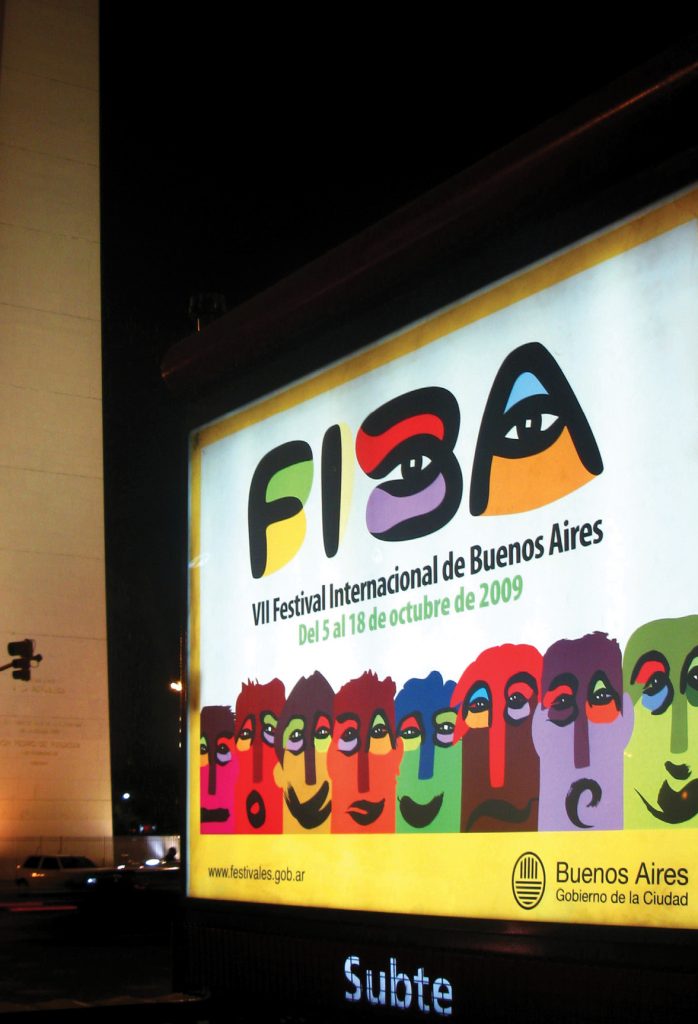 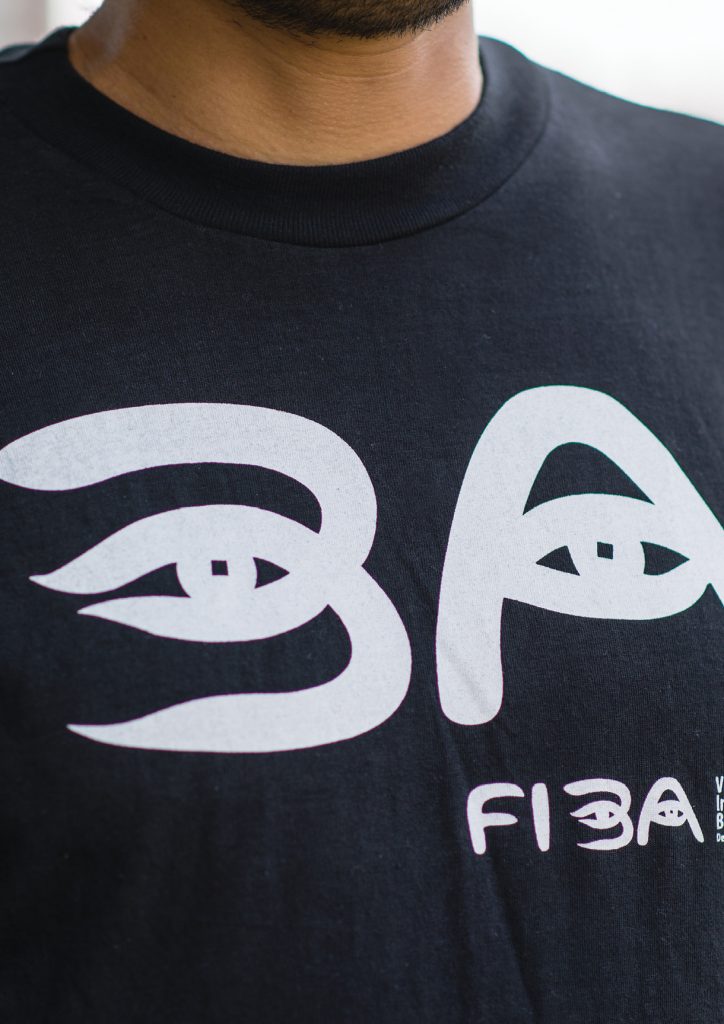