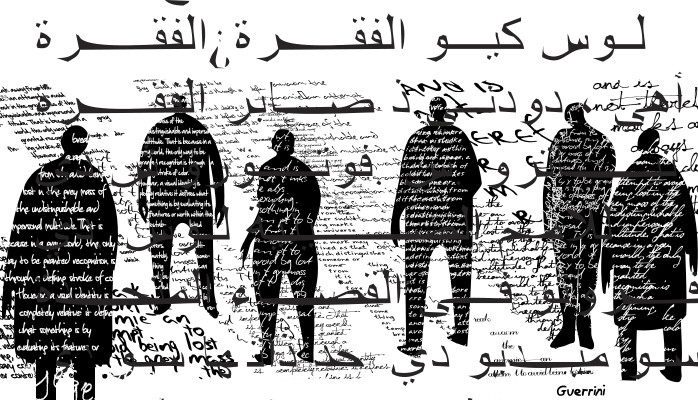 A visual identity is no more than a stroke of color within a blank space, a detail, which differentiates someone or something from the rest, from other distinguishing marks within a universe made up of marks.

Now, a mark may be defined by what it is and is not—therefore marks are always excluding something in an attempt to break away from the anomie—an attempt of avoid being lost on the grey mass of an impersonal multitude. That is because in a grey world, the only way to granted recognition is through a defining color.

However, a visual identity is completely relative: it defines what something is within established social parameters. Ultimately, something can only be called “cold” or “big” in relation to something. That can only be cold or big if other existence is defined as hot or small. As the saying goes: “In the land of the blind, a one-eyed man is king.”

Let’s take the example of the handwriting analysis: In Graphology, comparisons are made by using a valid parameter (can be summarize as the handwriting that is taught at school by teachers). Then, to analyze someone’s writing, the graphologist will compare the written graphic with such parameters, in order to find differences, abnormalities, expressions, and mannerisms, which may be used to understand the personality of the person being analyzed. Consequently, the identity in question will be socially read by the images (or marks) created with this handwriting.
We can find here a parallelism with visual identities, while they will as well be segmented, classified and ordered by spectators always according to their cultural parameters.